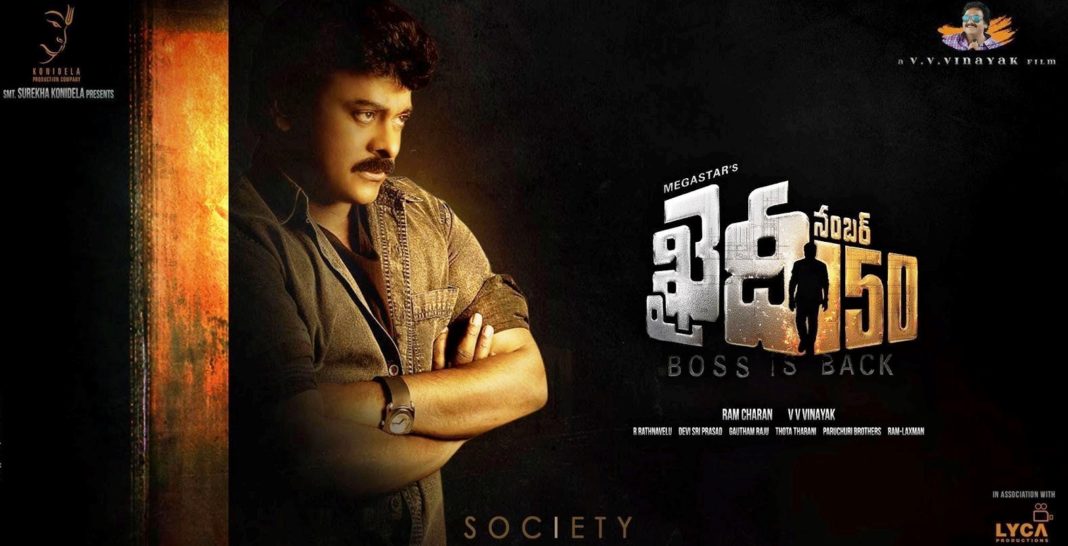 As we know Khaidi no 150 is the official remake of Tamil blockbuster Kaththi starring Vijay in lead role. V V Vinayak who delivered a blockbuster with “Tagore” is directing this social action drama, and Ram Charan is producing the film under home banner Konidela Productions.

Khaidi Number 150 Stills which have revealed earlier got a huge round of applause. Now the team of Chiru’s 150th film had come up with Khaidi No. 150 New Poster showing Megastar face. Check the first look photo of Mighty Megastar Chiranjeevi from Khaidi No. 150.

Devi Sri Prasad is composing music for this most anticipated flick, and he is putting a lot of efforts to deliver a foot tapping music. Lawrence, Prabhu Deva, and Johnny Masters are composing choreography for Megastar. Khaidi Number 150 Release date is officially not yet revealed, but it will be planned for Sankranthi 2017 to compete with Balakrishna’s Gautamiputra Satakarni. Rathnavelu is handling cinematography, and the interesting thing is Lakshmi Rai is doing an item song alongside with Chiru.