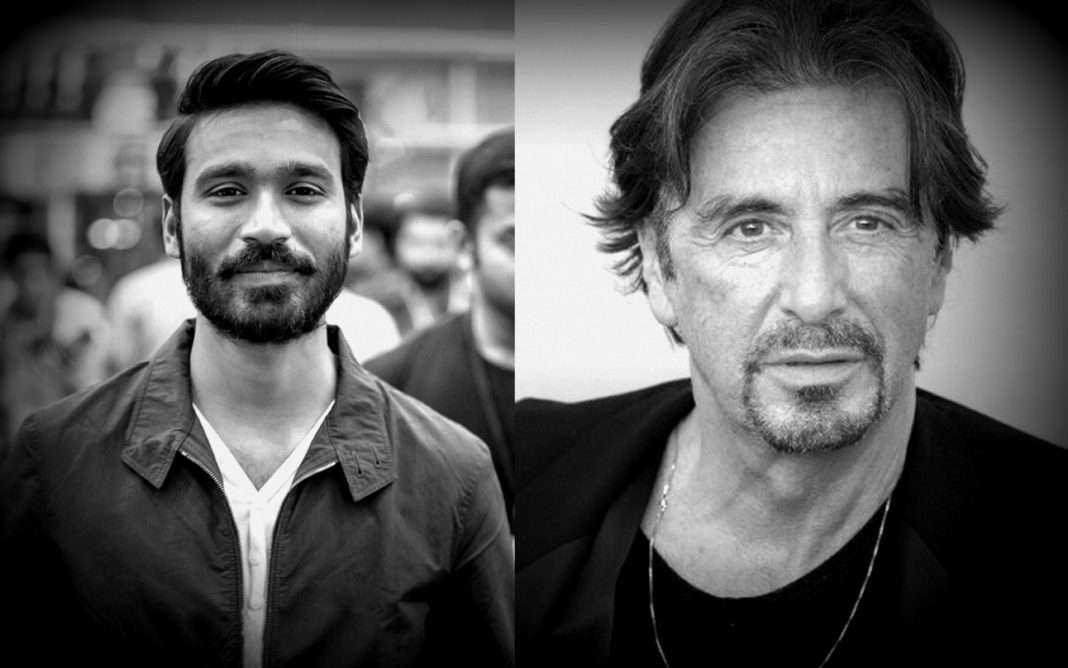 Dhanush new Movie directed by Karthik Subbaraj is a much-anticipated project. When we approached the director, he simply said that they are in talks with the actor Al Pacino and nothing has confirmed. We hope this combination may happen in future and if it is true, undoubtedly this will be a significant change in Tamil cinema industry.

Interestingly, the team has planned a major shooting part in the US. However, AL Pacino was not the first choice in Dhanush – Karthik Subbaraj movie. Earlier, makers have been consulted Morgan Freeman for the powerful role, but due to unknown reason, they dropped him.

This is not a new thing for Tamil producers to approach Hollywood actors for supporting their films. Previously, director Shankar has been loomed Hollywood megastar Arnold Schwarzenegger to cast in Superstar Rajinikanth’s new film “2.0”. Unfortunately, he said “No” to the project, and he came for only the audio launch of Vikram’s “I.”

Coming to the Dhanush new movie, notorious director Karthik Subbaraj will handle the direction department, and Sri Thenandal Films will be bankrolling the project. The complete cast, technicians and other details of Dhanush – Subbaraj New movie will announce soon. Stay tuned for more space.