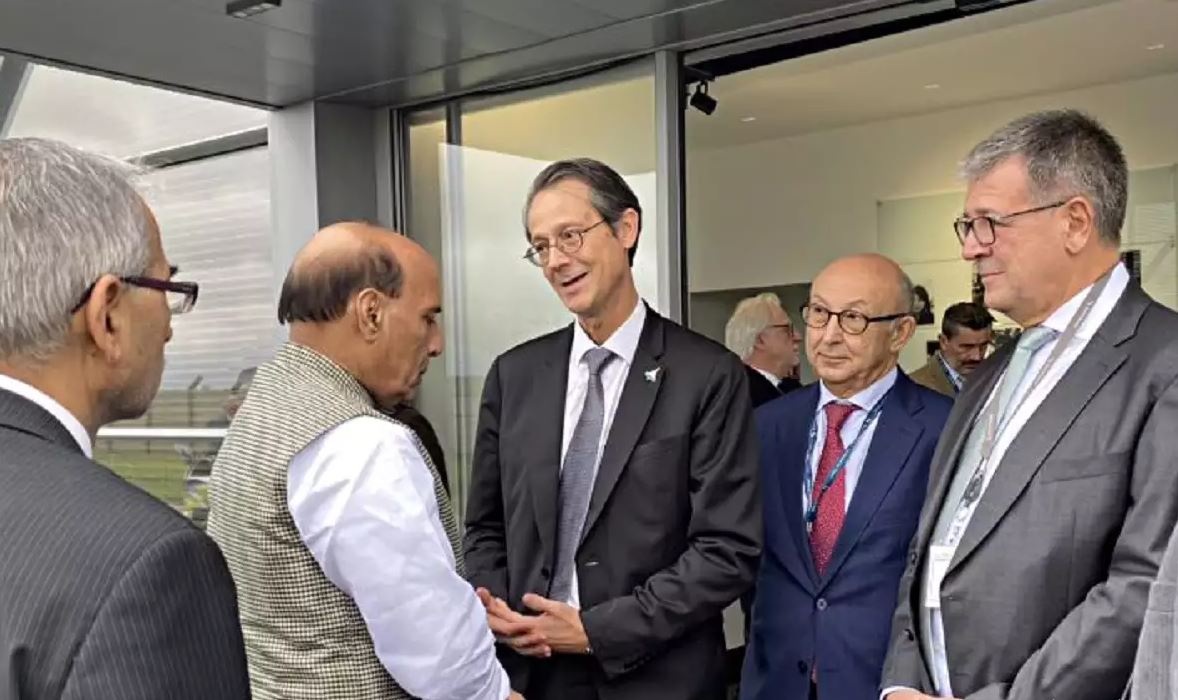 PARIS: India should provide an attractive business environment and not “terrorise us” with its tax and customs rules, the CEO of the French engine manufacturer behind the Rafale fighter jet told defence minister Rajnath Singh

on Wednesday while announcing that the company plans to invest nearly $150 million in the country.

French multinational Safran, the manufacturer of the M88 state of the art engines fitted in the Rafale jets acquired by India, gave a presentation of its facility to the minister who took a tour of the assembly line of the company near the French capital.

During the presentation, CEO of the Safran Aircraft Engines Olivier Andries revealed plans for nearly $150 million investment in the country towards training and maintenance.

However, the CEO called on India for more support on its tax structure.

“India is set to become the third largest commercial market for aviation and we are keen to create a strong maintenance and repair base in India to serve customers,” Andries said.

“But we need to make sure that the Indian tax and customs system is not terorrising us,” he said.

The minister responded by assuring him that India is committed to providing the “right climate” for investments under the ‘Make in India’ initiative.

Singh also invited Safran to participate in the DefExpo in Lucknow in February next year, an invitation that was accepted by the company which designs and develops engines for civil and military aircraft at its assembly line at Villaroche in Reau, near Paris.

The minister was taken on a tour of the assembly line, where all the Rafale jet M88 engines fitted for India’s 36 aircraft will be assembled.