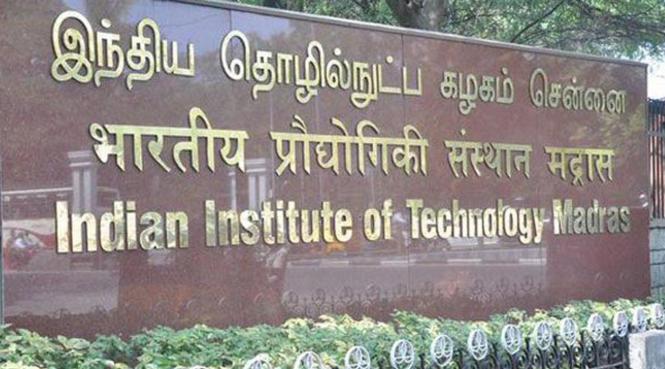 Developers of an arsenic water filter at the Indian Institute of Technology-Madras (IIT-M) are at pains to rubbish criticism that their device will require frequent replacement due to clogging and that the disposal of the used filters with trapped arsenic will pose environmental and health hazards in the long run.

They insist that their technology does not produce toxic waste as alleged. There is no clogging of the filters, nor does their filtering capacity get exhausted in days or weeks necessitating repeated substitution.

They contend that these and other “factually wrong” statements — and the “unwanted debate” that ensued — were based on incorrect understanding of the technology and tended to tarnish the image of the premier institute.

Arsenic is a toxic element and its contamination of groundwater is a major problem in nortern and eastern India, Bangladesh and some other parts of the world.

A group at IIT-M, led by chemistry professor Thalappil Pradeep, had developed a filter based on nano-technology to make the water safe to drink by bringing down the arsenic content to an acceptable level.

Pradeep, whose startup recently received $18 million venture funding from a US company, is confident that his filter will make a big change.

“West Bengal has multiple installations of our filter; Punjab is getting ready to install them, and the states of Uttar Pradesh and Bihar have initiated plans,” Pradeep told this correspondent.

“Those who have concerns about our filter can go and see these for themselves. We will be happy to show them around,” he added.

For removing arsenic, Pradeep’s filter uses a nano-composite material (iron-oxyhydroxide) trapped inside tiny “cages” made of “chitosan”, a bio-material derived from seashells.

Sabyasachi Sarkar, a former chemistry professor at IIT-Kanpur and one of the critics, had said that chitosan, being biodegradable, will degrade and release the trapped arsenic once the used cartridge is thrown in a garbage pit. Random disposal of a large number of used filters may pose a health hazard, he had said.

Seconding this opinion, Ashok Gadgil, a professor of environmental sciences at the University of California-Berkely, had commented that arsenic will leach out “under the conditions of depleted oxygen” in the dump.

But Pradeep and Amrita Chaudhary, a member of his team, have categorically refuted this. “We can safely dispose of the used cartridges as they do not leach out arsenic at the conditions of the soil and, in any case, we do not advocate dumping them with other garbage,” Pradeep said. “Besides, we have developed new materials — that are under patent — where chitosan is not needed at all.”

Chaudhary said a community filter supplying 10,000 litres a day will accumulate about one kg of arsenic in one year and not three kg in three months, as Sarkar contended.

Sarkar said even this amount of arsenic can kill several people if unknowingly consumed. But, according to Pradeep’s team, this should not be a cause of concern because a standard leakage study conducted in the lab “shows that the leaching rate (from used filters) is far below the background arsenic concentration”.

Satish Kailas, another team member, has offered a remedy. One way to dispose “is to put the used filter back at the same depth from where water is extracted,” he said in an email confirming the doubts raised by critics that the team did not scientifically validate the methodology for safe disposal of used filters before installing them in large numbers across the country. Random disposal of used cartridges will potentially infect newer places with arsenic, the critics have cautioned.

Sarkar said the criticism about the filter was not aimed to tarnish anybody’s image “but to plug any flaw in the entire claim”.

He made it clear his apprehension is only cautionary to prevent repeat of the infamous Thalidomide tragedy where the drug, marketed as a sedative in the 1950s, caused thousands of babies worldwide to be born with malformed limbs.

“Such reports of disagreements among scientists should indeed be in public eye when huge money is spent and people’s health is at risk,” said Gadgil. He added that a peer-reviewed publication giving complete details about the filter will help remove all the apprehensions.

“A complete report is coming up,” Pradeep said, and added: “Every technology appears as a result of a need, and is continuously improved. There are issues, and indeed there will be, as a problem like clean water will never be solved fully to the satisfaction of all.”