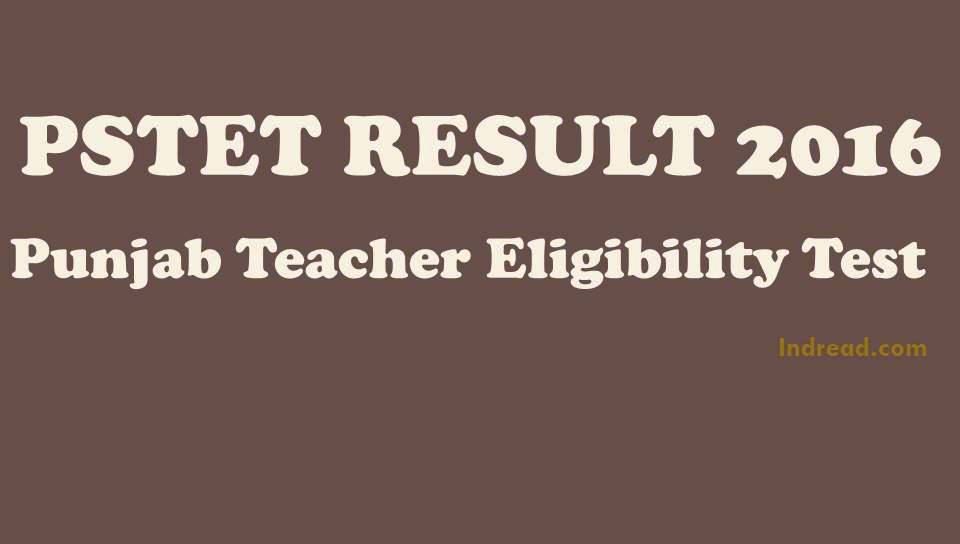 The State Council of Educational Research and Training (SCERT) Punjab has conducted the Teacher Eligibility Test (TET) for all the eligible candidates on 25th September 2016. Now the latest announcement from the officials is that they have released the PSTET Result 2016 on their official website tetpunjab.com.

Recently the Council also released the answer keys and had also called for objections from the candidates. Now they have disclosed the Punjab Teacher Eligibility Test Results on their official web portal tetpunjab.com.

The Department of School Education, Government of Punjab has entrusted the responsibility of conducting State Teacher Eligibility Test (TET) in accordance with SCERT. It is an entrance examination for teachers. This test is mandatory for the candidates who are seeking jobs in teaching field and they will be allotted from Class-I to Class-X in any government schools.

TET was introduced by the Government of India in order to improve the standards of teaching. Every state government conducts their own TET examination. The Punjab State Government has published the TET 2016 notification and successfully conducted the written exam for both Paper-I and Paper-II on September 25th 2016.

Paper-I is for the candidate who plans to teach from Class 1 to Class 5 whereas Paper-II is set for the applicants who will be teaching from Class VI to Class VIII. In case, candidates who want to inspire both primary and secondary classes they have attempted both Paper-1 and Paper-2. The Punjab Teacher Eligibility Test Results link is available on the official website tetpunjab.com.