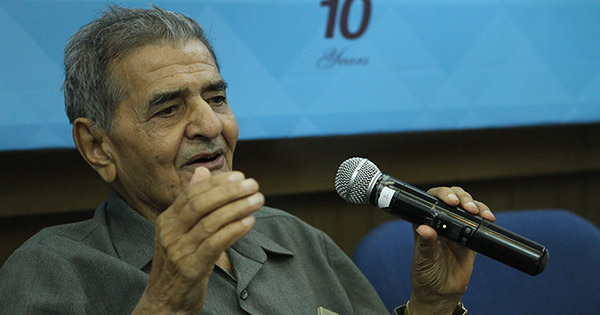 Dev Raj Sikka, former director of the Indian Institute of Tropical Meteorology, Pune, who first proposed a link between the El Nino phenomenon and the Indian monsoon, died of a cardiac arrest early on Saturday.

Renowned Meteorologist Dev Raj Sikka passes away. The El Nino Southern Oscillation phenomenon, a see-sawing of temperatures in the equatorial Pacific, is now among the most significant factors that meteorologists scan to forecast the performance of the Indian monsoon. Six out of 10 El Nino-years have been associated with below-normal rainfall over India.

“Dr. Sikka was the first to report this connection in 1982. But that was the time when meteorologists would give more importance to Western scientists,” said Dr. Madhavan Rajeevan, Secretary, Ministry of Earth Sciences.

Dr. Sikka, who began his career at the India Meteorological Department, was also credited with being among the pioneers of developing weather models and computer modeling techniques to forecast the monsoon.

Born in Jhang, Maghiana in Pre-partition India (now in Panjab, Pakistan). Dr. Sikka “established strong linkages with scientists and institutions engaged in research and academic activities in meteorology and allied subjects, both from India and abroad,” said a statement from the IMD.

He was Chairman of the Monsoon Mission of the Ministry of Earth Sciences, a program to improve monsoon-related forecasts.

Dr. Sikka was also the chairman of Council for Scientific and Industrial Research (CSIR) Committee on Climate Change. And the chairperson of the Research and Advisory Council of National Center for Medium Range Weather Forecast.

He was also an active member of International Advisory Panel of the Ministry of Earth Sciences.

He played a signiÒcant role in various studies including the correlation between the Indian Monsoon. And El-Nino, Walker Circulation and extreme weather events and Monsoon studies conducted over the Indian Ocean.

On December 16, 2016, he received the prestigious honor of ‘lifetime time achievement award’ from the Indian Meteorological Society.

Click Here to Get the Latest Updates across the world