Supreme Court to examine if HCs can transfer FIR, internal enquiry into sexual harassment to another state 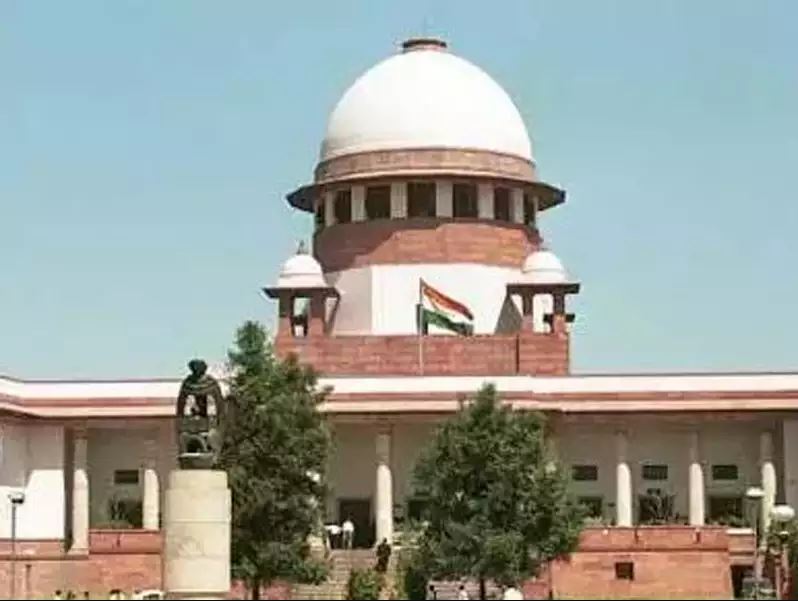 lodged with the police in the incident.

The apex court has sought responses of the Tamil Nadu government, other departments and individuals associated with the matter.

‘s order transferring the enquiry by an ICC under provisions of the Sexual Harassment of Woman at Work Place (Prevention, Prohibition and Redressal) Act, 2013 as well as an FIR lodged against him by a senior lady police officer to Telangana for “fair, independent and unbiased” probe.

“Notice is issued to the respondents (lady police officer and others) on the point of jurisdiction of the high court to transfer the proceedings for enquiry into the complaint of sexual harassment, as well as investigation in FIR….to be transferred to another state i.e. state of Telangana,” a bench of justices Indu Malhotra and R Subhash Reddy said.

The top court also stayed the high court’s August 28 order transferring the enquiry by the ICC and FIR lodged against the IPS officer to Telengana.

The bench has posted the matter for further hearing next week.

The 44-year-old lady officer, who was posted as superintendent of police in Tamil Nadu, had filed sexual harassment complaint

in August last year against a senior IPS officer posted in Chennai.

An ICC was constituted to enquire into the complaint. Later, the lady officer also lodged an FIR against him.

A division bench of the high court dealt with the petition filed by the IPS officer and transferred the ICC enquiry as well as the FIR to Telengana.

The lady officer had filed an affidavit in which she had agreed to transfer of the ICC enquiry proceedings and the FIR to Kerala or any other neighbouring state or New Delhi.

The IPS officer had told the high court that there was no sound legal basis to transfer the proceedings under the Act from one state to another, more so, when the Act does not contemplate this.

The counsel appearing for the state had also told the high court that the state was not agreeable to transfer of said proceedings to any other neighbouring state.

The state’s counsel had said that if both the parties were not satisfied with the constitution of ICC, a former lady judge of the high court could be appointed as the chair person of the committee.

In its order, the high court had said, “we are of the view that to ensure fair, independent and unbiased investigation into the matter, looking to the nature of serious allegations of the sexual harassment by a senior lady officer of the police department against another very senior officer of the same department, the enquiry by the Internal Complaints Committee under the provisions of the Act as well as the investigation into the FIR ….should be undertaken in another neighbouring state.”