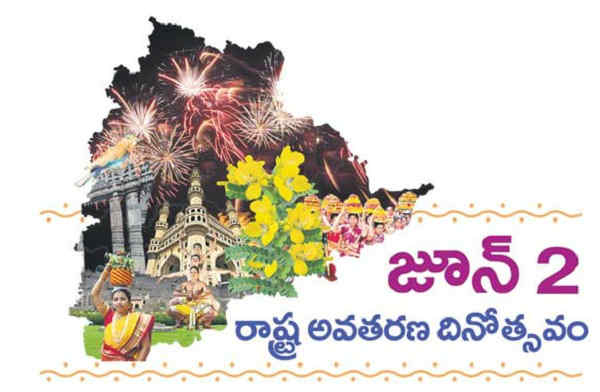 India’s youngest state, Telangana is celebrating its first year completion after separate state formation. Starting with a bang this morning, it is to celebrate week-long festivities in the state from today, June 2. Complete Telangana State is in celebrations for finishing one year of their formation. K Chandrasekhar Rao, the Chief Minister started the day with lots of hope for future to grew in the economy.

KCR, today morning started with tribute at the Martyrs Memorial, Gun Park in Hyderabad. At Hyderabad’s Parade Grounds, a colourful parade went on at the main official function after hoisting the national flag.

India’s 29th state, Telangana is formed exactly today in the last year after five decades of demand, campaign, politicking and protests from the people residing at the state. It was carved out of Andhra Pradesh and formed as a separate state from Seemandhra.

Many controversies, law and order issues, ban on a few television channels, capital city formation, etc. have come across the government after TS formation. Till now, some of the issues still exist but the govt is coping in finding solution for all possible issues.