Kolkata: To make passengers journey, especially woman’s safer even at late hours, the Calcutta State Transportation Corporation has introduced CCTVs in 632 buses under the JNNURM Scheme. 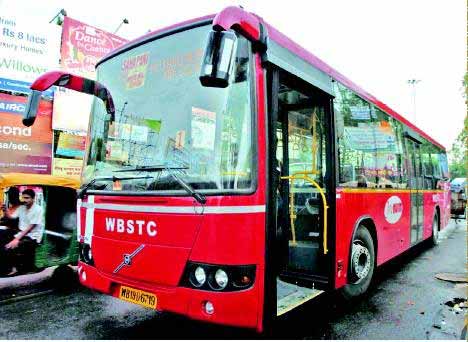 CSTC managing director, Bhishmadeb Dasgupta said that, under the extended project JNNURM Project-I, it has planned to install three CCTVs  in each bus, that is two are in inside the bus, one at front and second one at middle, and third one is to be placed outside at rear of vehicle. The two cameras which are inside will record inside happenings and third one which is outside will record movement of vehicles on road in the area.

CSTC aimed this to make passengers especially women journey safer even at late hours and it will give confidence to passengers for travelling. The cameras will have 100 GB storage, the footage which is captured by the CCTV would be stored for three days, after three days it will overwrite automatically. So, if people face any inconvenience with pickpockets, ticket-conductor or bus driver and any other problem, they have to register that within 3 days.

Kolkata Police officer are quite satisfied with this, and expressed that “Definitely this is a good move and it will hopefully cut down on the number of crimes like molestation, pick-pocketing and snatching”.

CCTVs will also working on the IT-based communication and surveillance system to get livestream from a running bus. CSTC has planning for live streaming video from a running bus which will be fed directly to control room monitors in the headquarters. This process is ongoing, hopefully it will be available within six months.